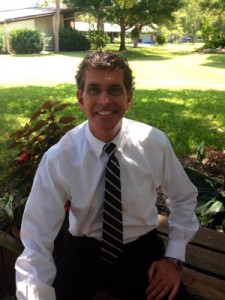 Greg Chestnut, First Congregational’s Minister of Music for the past 30 years, has developed a comprehensive music program and is actively involved in creative worship planning.

Greg holds a Bachelor and Masters Degree in Organ from Indiana University. He is frequent recitalist on concert series throughout the state of Florida and has appeared as organist for the Sarasota Orchestra and the Florida Orchestra of Tampa Bay. He is a nationally recognized worship clinician for children’s and youth choirs. He is a member of AGO, American Guild of Organists. He also holds membership in ACDA, American Choral Director’s Association and the Chorister’s Guild of America. He is the president-elect of UCCMA, United Church of Christ Musicians Association.  He is a published hymn writer.